Meet the Fernandez-Sheinbaum family. Parents Mindy (she/her) and Odamis (he/him) and their children Ben (he/him), age 14, and Luz (she/her) age 12. They describe themselves as “Jewminican,” Jewish and Dominican. Click here for their video.

Mindy has fond childhood memories of growing up in New York, getting together with cousins to celebrate holidays, while also celebrating with her Chavurah. She remembers how much fun it was building the sukkah and having potluck dinners with her community during Sukkot. One of her favorite traditions was doing Tashlich down by the river with her Chavurah. Odamis also has fond memories of being with his family outdoors, around open fires and going to the rivers, especially during Semana Santa (Holy Week). When Odamis’s family moved to Queens, NY, he cherished the time with his cousins and with kids who were like him (and also from different backgrounds).

Mindy and Odamis have found that food and family have been the most joyful and meaningful way to meld their Ukrainian and Eastern European and Dominican heritages. For years, they have hosted Jewiminican Hanukkah for friends and family. Ben describes it as a “clash” of foods, some distinctly Eastern European Jewish dishes and some distinctly Dominican. Odamis also describes a a fusion of the two. During Jewiminican Hanukkah, the family serves traditional Dominican dishes such as tostones and kipe dominicano, which are fried foods…perfect for Hanukkah. They also take Dominican ingredients to make traditional Hanukkah foods, like yucca latkes.

Luz even uses a food analogy to describe herself. She talks about being like a salami. There’s a salami that some people say is a Dominican salami and some say is a Jewish salami. Luz says she’s that salami.

When Ben talks about his identity, he thinks of himself as a Latino Jew. His culture is Latino and his religion is Jewish.

Mindy and Odamis have always put great thought into how they would represent both cultures. Their wedding ceremony, performed by a Rabbi, was in English, Spanish and Hebrew. Their last name identifies both cultures, with Latinx tradition of putting the maternal surname at the end.

It is not just their immediate family that is culturally diverse. Odamis’s sister married a Jewish man. The two families, who live only a few blocks from each other, spend lots of time together immersed in the richness of their cultures and shared spiritual paths. When Ben asks his dad what Mama, Odamis’s mother, thought of Odamis’s converting, Odamis shares that Mama, who is a very spiritual person, only cares that her family is in a like-minded community that shares spiritual values. It is clear that the Fernandez-Sheinbaum family and their extended family have honored Mama’s request to live those values. 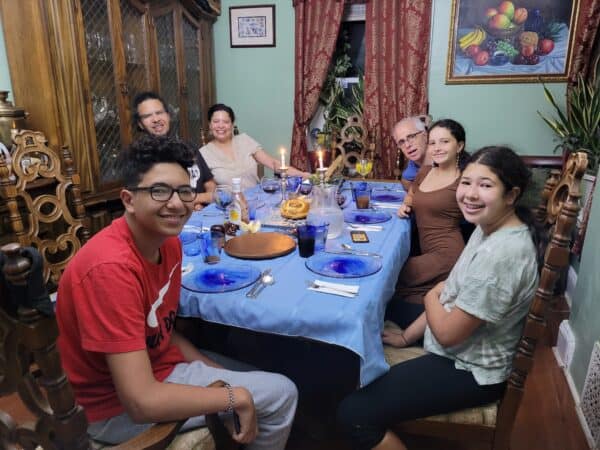 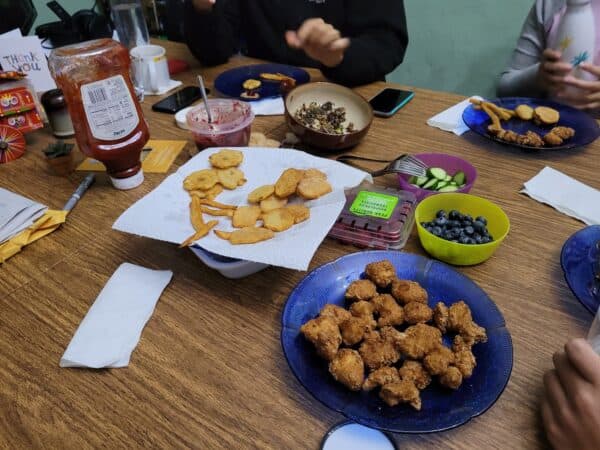