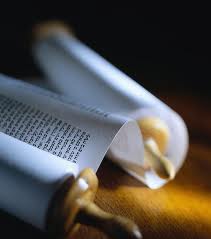 Torah is a Hebrew word that means “instruction” or “learning.” We understand the word Torah in two ways. In the narrow sense, Torah is the first five books of the Hebrew Bible. In the broad sense, Torah means all of Jewish learning — all of the accumulated Jewish wisdom of generations past, present, and future. In Jewish tradition, the study of Torah in any sense of the word is more than simply a nice thing to do. It is actually a commandment. And it is not just any commandment, it is the foundation for all other commandments.

These are the things that produce fruits
for a person to enjoy in this world,
and which continue to yield bounty in the world to come:
Honoring one’s father and mother, acts of kindness,
and bringing peace between two people.
But the study of Torah is equal to all of them —
V’Talmud Torah k’neged kulam.
(Mishnah Peah 1: 1b)

There re many excellent online resources for Torah study. Here are a few of our favorites:

Tiptoe Through The Torah 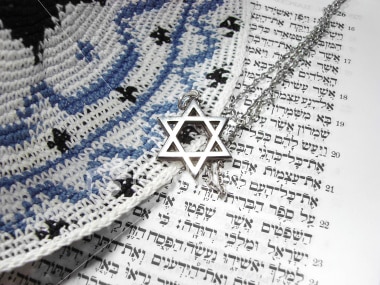 TANAKH
An acronym derived from three words:Torah, The Five Books of Moses; Nev’im, the writings of the 21 Prophets; Ketuvim, additional sacred writings. Together Torah,Nev’im and Ketuvim are known as the Written Torah.

THE ORAL TORAH—TORAH SHEB’AL PEH
An“unfolding,” over time, of the wisdom embedded in the Torah. Many believe that the Oral Torah was first spoken to Moses on Mount Sinai, then discussed, interpreted, and passed from generation to generation, each generation finding new meaning in it. In the 2d century CE, rabbis, fearing that the Oral Torah might be lost as Jews were becoming more geographically dispersed, began to write it down.The Talmud (Mishnah + Gemara),Midrash, codes and commentaries, right up to contemporary works of Jewish wisdom are known as the Oral Torah.

MISHNAH
The first printed version of the Oral Law. The Mishnah presents actual cases brought to rabbis between 70 and 200 CE by individuals who wanted to know how to apply Torah laws to situations in their everyday lives. In the Mishnah, the rabbis consider these cases, and o”er opinions based on their interpretation of Torah law.

GEMARA
Commentary on the Mishnah, developed between 350 and 500 CE.